Over the last few months I've been making the transition from OS X back to Linux. I go over a number of reasons for this change on the Changing Platforms podcast with my friend Keita, so won't really get into them at this point in time. Instead, I'm happy to report that, as of March 31st 2016, I am now using Ubuntu exclusively for about 60% of my computing time. More than this, though, I've broken all sorts of rules and replaced Windows 7 on my work notebook with Ubuntu Mate 16.04 (Beta 2) and couldn't be happier. It's a very solid operating system, and it brings the hardware to life in ways that Windows never could.

As this is the first post on my new blog dedicated to my time with Ubuntu, I thought I'd go over some of my experience with the software as well as my recent impressions of the human-friendly operating system.

The first time I used Ubuntu was shortly after the release of 6.06, also known as Dapper Drake. It's hard to believe that a decade has passed. At this time I was working as a developer in Vancouver and was looking for an alternative to Windows XP, which seemed to struggle on workstation-grade hardware every few months. I wanted something different. Something that I could rely on. Something that I could reach right into and change if needs be. I had experience with RedHat, SuSE, and Slackware, but was intrigued by this new flavour with the African name. I ordered an installation disc and, soon after installing it on a simple desktop I had sitting idle, I was impressed. 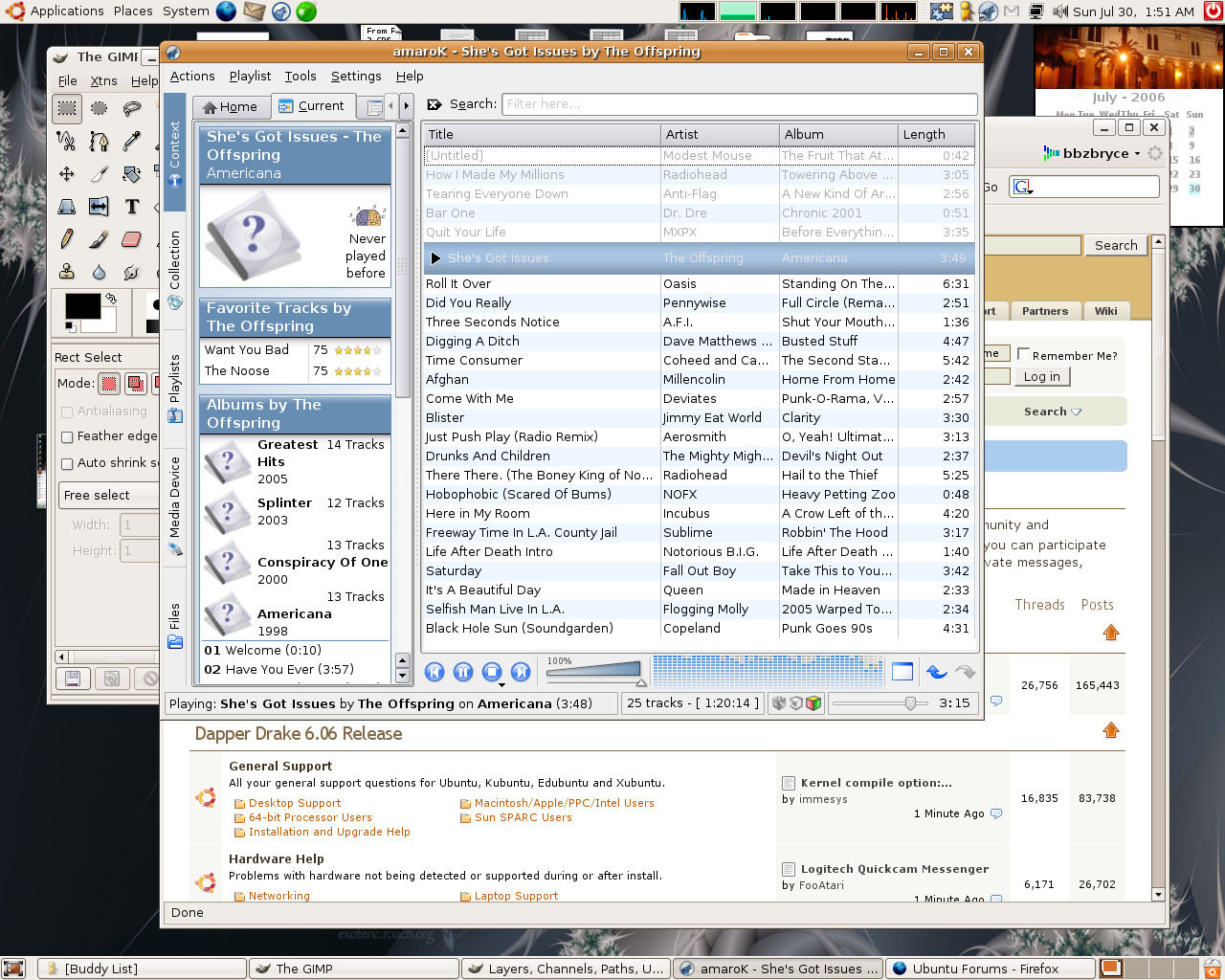 Interfaces on Linux have always had reminded me a great deal of dosshell.exe or Windows 3.1. Ubuntu was different, though. It looked like a cross between something discussed in Cupertino, designed in Redmond, and coded at MIT. It wasn't beautiful, but it was rock solid and got the job done. I could (and did) write software for the platform without swearing as often as I did at the day job, and never once did I need to reinstall the operating system because an update killed something important.

After moving from Canada to Japan, Ubuntu played an important role at my house. I needed a network server that would happily store lots of data, grow with ease, support UTF-8 filenames, transfer files throughout the day, and run on an "ancient" Pentium III 500MHz. Windows XP could certainly do this for a while, but the machine would get awfully hot in the summertime and freeze. I needed something that wouldn't tax the system so much while also providing all of the functionality I was looking for. Ubuntu Server seemed like a perfect solution, and it was. I installed 8.04 LTS, put the simple server in the back of a closet, and walked away for nearly two years. The only time I even looked at the machine was when another hard drive needed to be added to the storage pool.

Every NAS since has run Ubuntu Server, and the machine that currently serves files and manages the printer at home runs 12.04 LTS with just over 42TB in its storage pool. It's rock solid … albeit a little slow given the age of the hardware.

On the desktop, I used every version between 8.04 LTS and 10.04 LTS and enjoyed many of the refinements that had come with each release. My primary use case was rather simple, though. Blogging, basic image editing, torrents, listening to music, and watching documentaries. Very light stuff, indeed. But in the summer of 2010 my wife and I moved from rural Japan to Tokyo where I had accepted a job at a tech startup. Windows was the platform of choice there, and I became invested in that platform once again … until 2012 when I ditched Windows for its insufferable incompetence when dealing with multiple languages. It was then that I moved to OS X. I learned quite a bit about design from using software built for Apple's ecosystem, but it's just not for me. Not anymore, anyway. I need something that doesn't try to do so much in the background. I need something that doesn't try to send so much information to some server somewhere "in the cloud". I need something that doesn't try to sell me upgrades at every turn.

I need to return to something that, aside from Unity, rarely frustrated me. So earlier this year I made the decision to move back to Linux and, with some quality second-hand hardware, I've decided that Ubuntu 16.04 MATE is the way to go. Why MATE? Well … I just think it looks better. 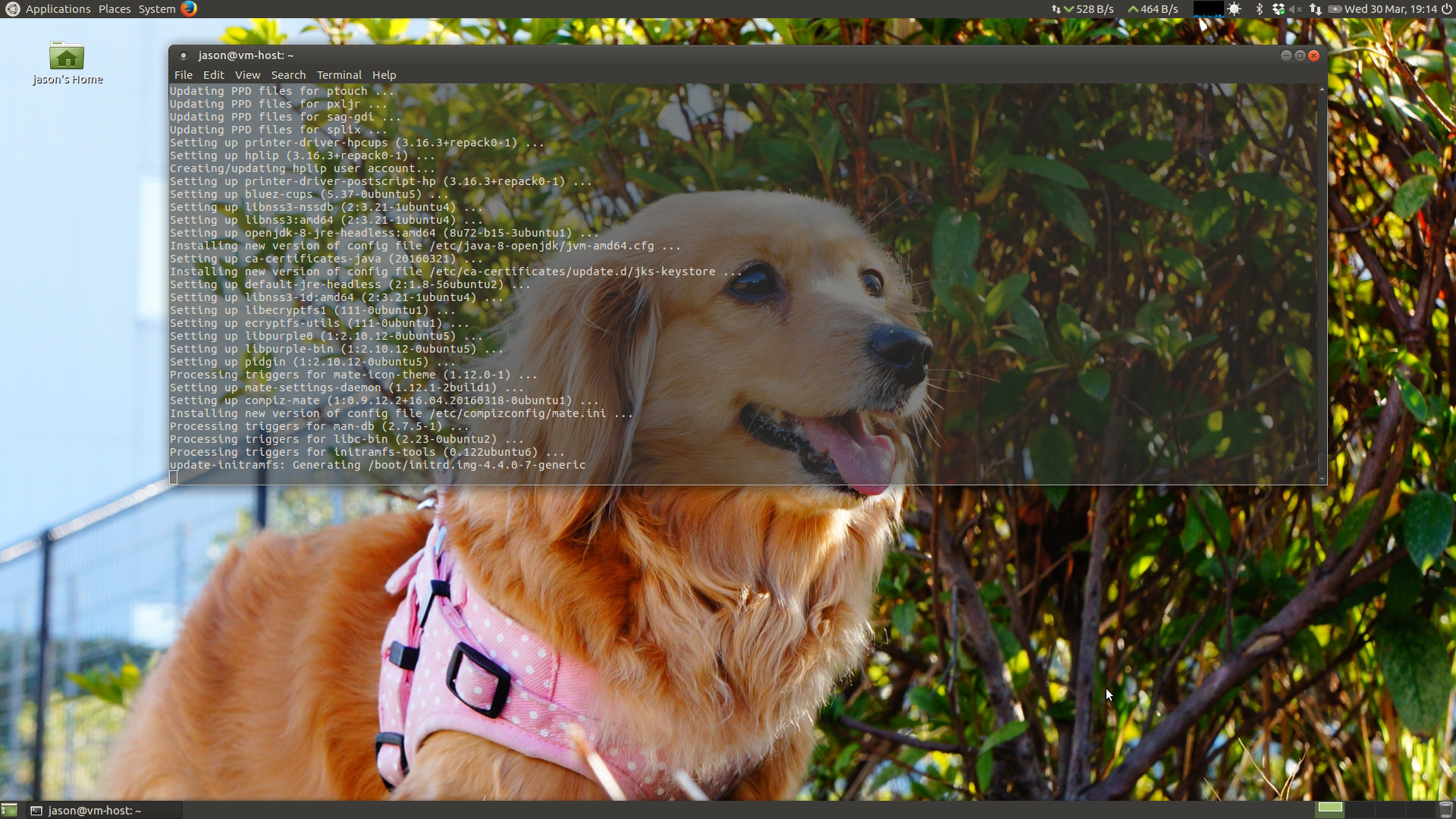 The OS is a joy to work with on a MacBook Pro, and I've even put it on my work notebook, a Lenovo W541 — a machine that I also took the liberty of pimping out a bit to get the most from the incredible hardware. That said, while I've been using Ubuntu Server for almost a decade, I've been out of the loop with the desktop version of the platform. This blog will act as a place where I write my How To's, reviews, goals, and objectives with Ubuntu in the coming months and — hopefully — years. My software needs have changed quite a bit since 2011, and I'll need to find or create tools that will enable me to be just as productive on this platform.

As I said earlier in the post, I'm spending 60% of my time in Ubuntu when working with computers. It's the last 40% that will be a little tricky and require some serious effort. But where there's a will, there's a way. Hopefully some of what I do can be shared with the community to help others who might seek to accomplish similar goals.