Biometric security devices were rare and exciting¹ a decade ago but, as the technology has become cheaper and more common, we're starting to see them in a lot of the devices that we use in place of other locking tools. A fingerprint reader on our phone allows for much faster access to the software and data within. A fingerprint reader on our house doors allows us to enter even when we've forgotten the physical keys inside. The speed and convenience of the technology is unmistakable. However, when they don't work, the frustration they can cause can result in computers being thrown across rooms.

Well … that's the mental image some of us might have, anyway.

One of the first things I did after getting Ubuntu installed on my Lenovo W541 is configure the fingerprint reader to act as a proxy for my typed password. On my iOS device, this tends to work 90% of the time and I rarely need to enter my 19-character password², saving heaps of time. Unfortunately, the fingerprint reader on the Lenovo is — to be completely blunt — garbage. I've managed to get just five successful reads in the last week, and the way the software steals focus and stutters when you try to type the password is nothing short of infuriating. The passwords I use for mobile computers tend to be twice the length of the ones I use for phones, considering the type of data contained within, so having focus taken away mid-entry can be quite unwelcome. 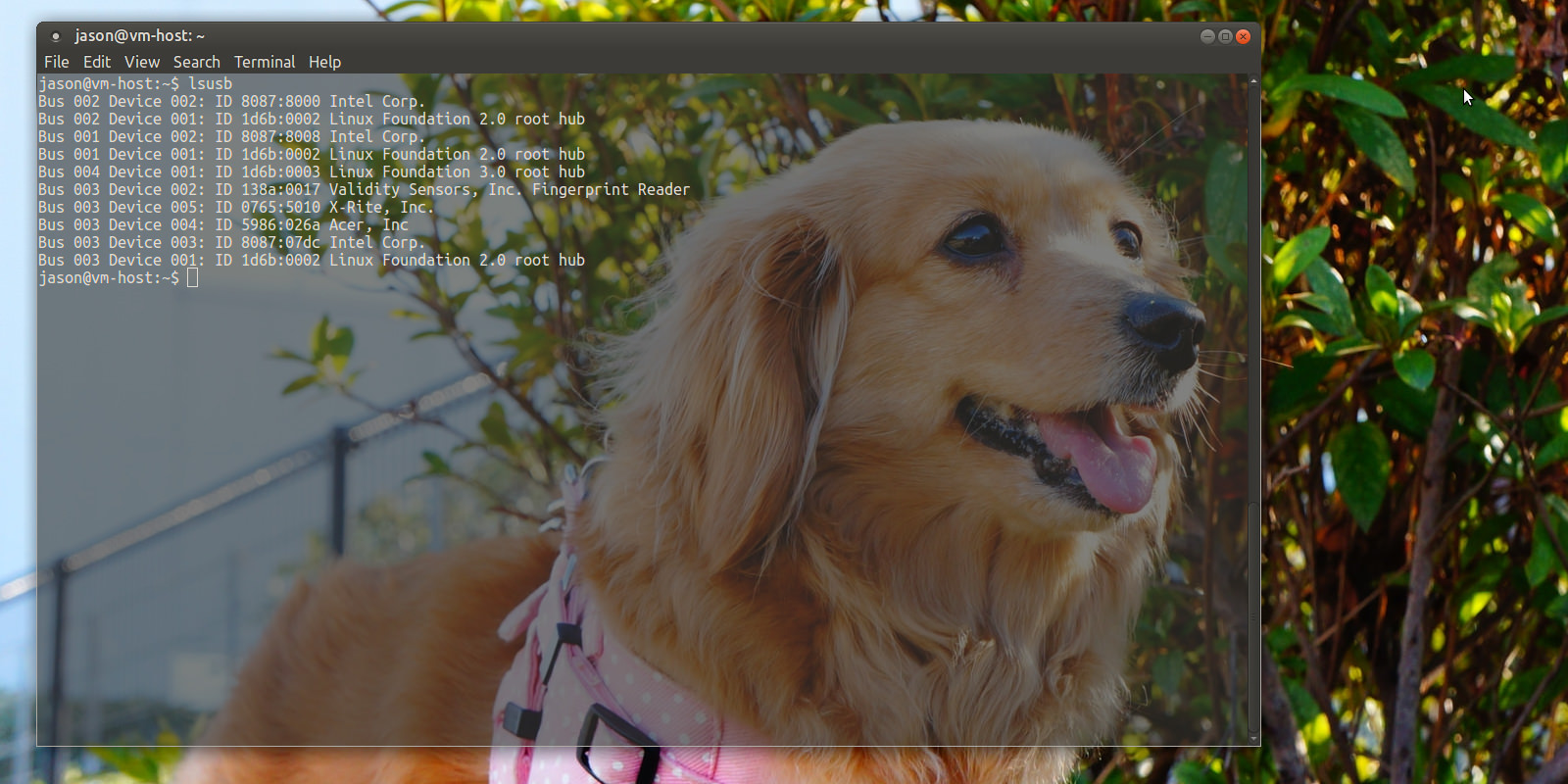 Now we'll have a list of devices connected to the various USB busses. I can see "Validity Sensors, Inc. Fingerprint Reader" is using Bus 003 Device 002 on my notebook, so now I can shut the device off.

Done and done. Now the fingerprint reader is disabled and I can go about typing my password like an animal again.

Getting biometric software right is hard. Very hard. Back in university this was a project that some classmates and I tried to solve with the technology of the time, and it's not an easy thing to do. That said, Apple could get it right with the iPhone 5S, and Samsung's Galaxy phones are faster and just as accurate. One would think that a quad-core i7 would have no problem parsing a fingerprint, but clearly there is something missing in the actual reading of the finger. Is it due to the oils in our skin? The angle of our finger? Something else? I really don't know. What I do know, however, is that notebook makers really need to step up their game. If cell phones are able to accomplish this goal more accurately with weaker hardware, then there's no reason why powerful notebooks can't do the same.